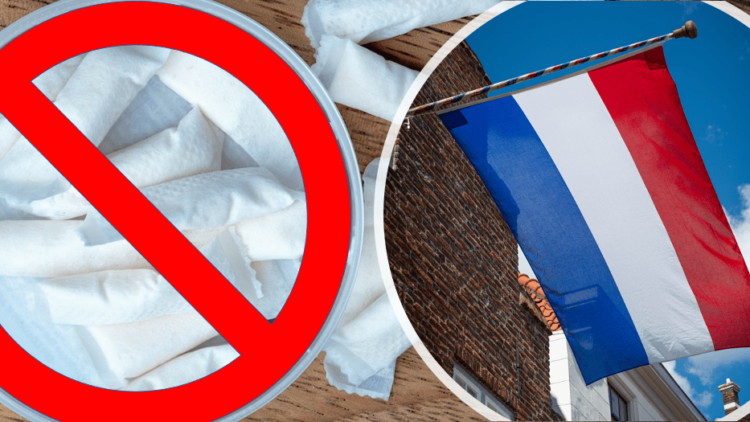 Tobacco harm reduction advocates turned out in droves to respond to a consultation on Dutch legislation that aims to ban tobacco-free nicotine pouches in the Netherlands. More than 125 responses arrived by the January 16, 2023 deadline.

The Dutch government wants to formally ban tobacco-free nicotine pouches through new legislation that would regulate them under the country’s Tobacco and Smoking Products Act. A consultation seeking comment on the proposed changes opened in December. The deadline for submissions was January 16th.

“We are concerned that the proposed ban on nicotine pouches is misguided and will cause harm, as it will remove a viable low-risk alternative to smoking from the market,” writes the European Tobacco Reduction Advocates (ETHRA), in its submission to the consultation.

A submission by the Association of Swedish Snus Manufacturers cited the fact that low-risk smokeless alternatives like snus and nicotine pouches have helped the country achieve two smoke-free generations.

As nicotine pouches are not currently banned in the EU, the Dutch attempt to ban them amounts to a trade barrier and constitutes a “serious breach of the basic principles in the EU”, writes Patrik Strömer, head of the association.

Groups or individuals interested in submitting a response to the consultation were urged to do so ahead of the January 16th deadline. Easy-to-follow instructions for how to submit were made available on the ETHRA website.

ETHRA’s call to action prompted a massive response, with dozens of pro-harm reduction responses pouring in ahead of the deadline. When EHTRA posted their call to action on December 23rd, only nine responses had been submitted. By the time the January 16th had passed, the number of submissions had risen to 128, with the vast majority urging the Dutch government to reject the proposed ban,

The move to ban nicotine pouches comes on the heels of a new flavour ban that was passed in late 2022. The ban, which goes into effect on October 1, 2023, is a marked departure from the approach taken in Sweden, where policymakers ultimately decided to reject a similar proposal.