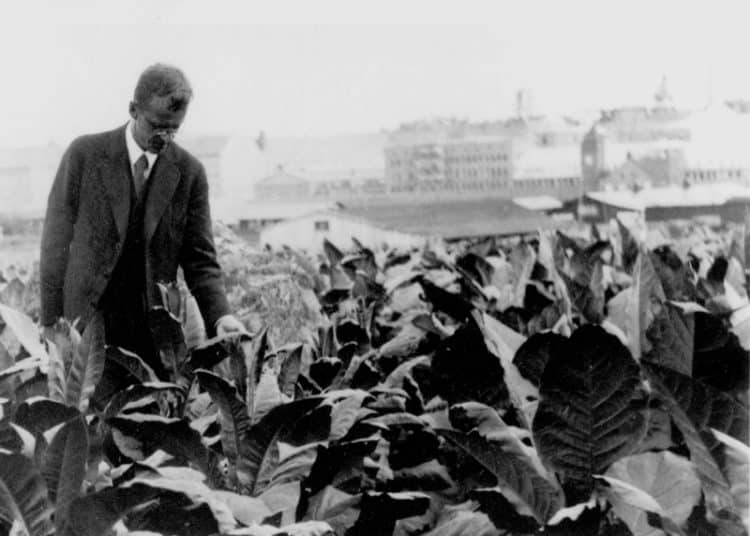 The history of snus

Below is a brief overview of the history of snus through the years. In Europe, people have been using snus since the 18th century. In 1919, snus sales broke records in Sweden, when a total of 7,000 tonnes were consumed. Today, one million Swedes use snus. Continue reading to learn more about the history of snus.

1490s: Columbus reaches America and is introduced to tobacco

The history of snus goes back more than 500 years to the days of Christopher Columbus. While Columbus sailed west in the late 15th century, the crew met indigenous people who introduced them to tobacco as well as the forerunner of snus. Seafarers later began to import the tobacco plant to Europe. In Portugal in the mid-16th century, doctors began to use tobacco for purely medicinal purposes.

A French ambassador named Jean Nicot played a pivotal role in the spread of snus. Swedish botanist Carl von Linné even named the tobacco plant after him, Nicotiana tabacum. When the French queen Katarina de Medici was suffering from chronic headaches, Jean Nicot advised her to crumble tobacco leaves and inhale the powder up her nose. The queen is said to have followed the prescription and the headache disappeared. The miracle cure quickly made snus popular in French royal court circles.

1750s: The start of tobacco cultivation in Sweden

The first tobacco farms in Sweden sprung up in Skåne, Gränna, and Alingsås, where Jonas Alströmer, known for popularising potatoes in Sweden, started growing tobacco on a large scale. In the middle of the 18th century, tobacco was grown in about 70 Swedish cities from north to south. The French royal court in Paris served as a model for other courts around Europe and soon snuff was a must among members of the nobility. Not having a snuff box in your pocket was unusual in Sweden in the 18th century.

19th century: Snus finds its way under every man’s lip in Sweden

Following the French Revolution, snuff fell out of fashion and in the early 19th century, Swedes switched to putting a pinch of tobacco under their lips. Many farmers who cultivated their own tobacco crops also made their own snus. Snus was suddenly under every man’s lip and local producers began developing their own varieties of moist snus. Ljunglöfs Ettan was an instant classic produced in a factory in Stockholm that for a time was Europe’s leading snus factory.

Virtually all Swedish snus manufacturers in the 19th century offered snus with a range of quality designations No. 1, No, 2 and No. 3. However, Jacob Fredrik Ljunglöf launched his No.1 as its own brand of snus, Ettan, which become the first succeed as a high-quality snus product across the entire country. Ljunglöfs Ettan became a concept. Today, it is still one of Sweden’s largest brands and accounts for about one-fifth of all snus sales in Sweden.

When more than one million Swedes emigrated across the Atlantic from 1846 until 1930, they brought with them Swedish customs and habits, including the tradition of snus. Snus use was so common that the main street in Swedish-American districts was called “snus boulevard” by other Americans. Snus became an important marker of Swedes’ identity.

At the beginning of the 20th century, the Swedish tobacco monopoly emerged in response to the state’s need to increase its coffers to strengthen its defences and fund the country’s first pension reform. It monopoly belonged to AB Svenska Tobaksmonopolet (which was dissolved in the 1960s).

Snus use increased rapidly and reached a record level in 1919 when just over 7,000 tonnes of snus were sold. Sweden then had a population of six million people, which meant annual consumption reached 1.2 kilos of snus per person. In the following years, the popularity of snus decreased in favour of other tobacco products. Above all, American cigarettes became increasingly popular after World War II.

1970s: The first pouches of snus are sold in Sweden

Snus began grow more popular again in the late 1960s when the health risks associated with cigarette smoking were highlighted in several reports. In the 1970s, the first tins containing snus pouches were introduced, an important step in helping snus reach a wider audience. Since then, snus’s popularity has continued to grow.

In 2011, just over 200 million tins of snus were sold to just over one million snus users in Sweden, just over half of which are former smokers.

The Snusforumet newsletter is sent out about once a month and contains a summary of the latest snus and tobacco news.