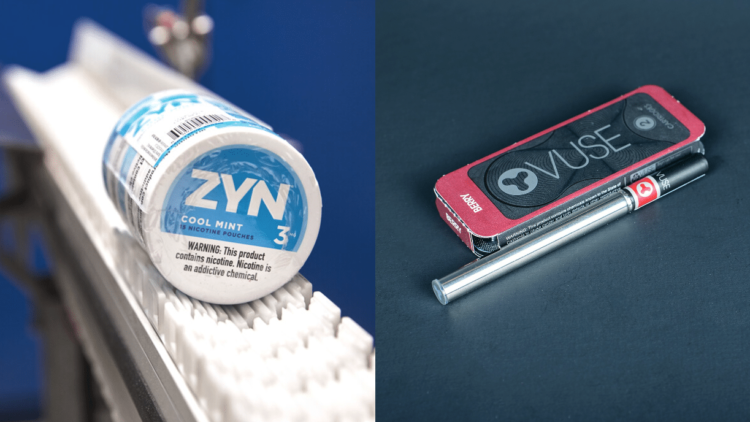 A special committee of MEPs has adopted language acknowledging tobacco harm reduction as part of a sweeping set of recommendations to guide the EU’s fight against cancer. But concerns about a widened flavour ban remain.

“It’s great that MEPs have started to recognize the difference between cancer-causing cigarettes and reduced-risk products,” says Patrik Strömer, Secretary General of the Association of Swedish Snus Manufacturers.

The harm reduction language was included as part of a sweeping list of compromise amendments voted on by the Special Committee on Beating Cancer of the European Parliament (BECA) on December 9th.

The amendments, narrowed down from more than 1,500 submitted by MEPs earlier in the year, are included in a draft Beating Cancer report authored by Rapporteur Véronique Trillet-Lenoir. (Renew, France)

The report was adopted by a vote of 29 MEPs in favour, one against, and four abstentions. Following approval by BECA, the report moves on to a full vote in the European Parliament. It’s expected to be adopted by the plenary in early 2022.

Among other things, the report identifies smoking as one of the main causes of cancer and calls for the funding of smoking cessation programmes.

An alternative to help smokers quit

It also states that “electronic cigarettes could allow some smokers to progressively quit smoking”, a clear reference to tobacco harm reduction and the potential of alternative nicotine products to reduce smoking.

The vote concluded the work of the committee, which was established 18 months ago to develop concrete recommendations for EU member states and institutions to strengthen the EU’s “resilience against cancer”.

Cancer claimed 1.3 million lives in the EU in 2020, with more than 100 million Europeans expected to be diagnosed with cancer in the next 25 years.

In order to combat the problem, the EU presented a comprehensive Beating Cancer Plan earlier this year, calling for €4bn in spending to improve prevention, treatment, and care.

While advocates applauded the BECA report’s wording on tobacco harm reduction, concerns remained about the prospect of ban on flavours being extended to include e-cigarettes, nicotine pouches, and other new nicotine products.

Michael Landl, Director of the World Vapers’ Alliance warned that the expanded flavour ban meant that the positive step forward on harm reduction was “overshadowed by uncertainty”.

“Experts, as well as consumers, have been clear about the consequences of banning flavours,” and ignoring harm reduction on public health,” he said in a statement.

“Time and again it has been proven that flavours are what keeps adults away from switching back to cigarettes and we need our policymakers to listen and legislate for this.”

The EU’s current Tobacco Products Directive (TPD) bans flavours in cigarettes and roll-your-own tobacco, but other tobacco and nicotine products have an exemption. This exemption can be removed, however, if the European Commission determines that there has been a “substantial change in circumstance”.

The language in the BECA report calls on the Commission to evaluate which flavours are ”attractive to minors and non-smokers, and propose a ban on these, as well as on all characteristic flavours in heated tobacco products and novel tobacco products”.

Learning from the Swedish experience

The wording doesn’t sit well with Strömer, who remains concerned over how the Commission would determine which flavours were deemed “attractive”. He believes a general lack of knowledge around the dynamics of why people start and quit smoking risks precipitating unintended consequences.

“Flavour preferences are complex. It doesn’t make sense to simply decide one group of flavours is okay while another isn’t,” he explains.

“Moreover, MEPs still lack sufficient understanding of what drives smokers to quit or prevents someone from starting in the first place,” he says.

Strömer points out that Sweden is virtually smoke-free, not because of a ban on flavours, but because safer alternatives like snus and nicotine pouches are readily available.

“Sweden has the lowest tobacco mortality in the EU, but policymakers in Brussels and Strasbourg don’t seem interested in learning from the Swedish experience in their attempt to fight cancer,” he says.

The fate of an expanded flavour ban remains unclear. However, the European Commission has indicated that flavours will be in focus in the EU’s broader efforts to revise the TPD, with a proposal from the Commission expected in 2024.