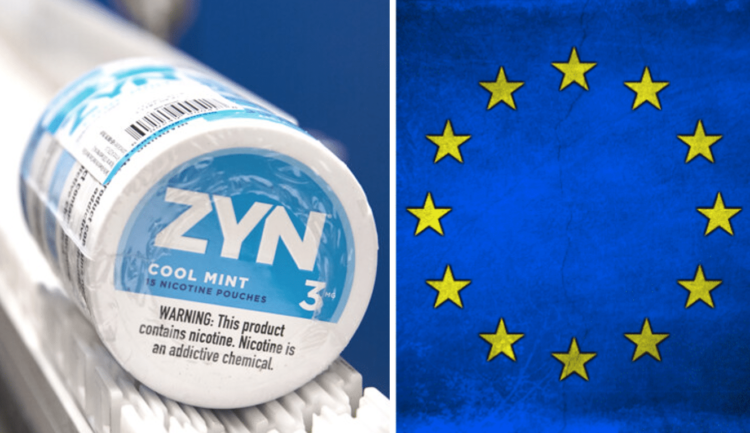 According to Patrik Strömer, Secretary General of the Association of Swedish Snus Manufacturers, the documents raise questions about whether DG SANTE, the EU body responsible for regulating health and food safety and which is actively examining a possible EU-wide regulation of nicotine pouches, is “putting words in the mouths of member states”.

“It’s hard to see these documents and not see DG SANTE’s biased exaggeration as anything other than evidence of a prejudice against nicotine pouches,” he adds.

The documents – obtained via a Freedom of Information request filed by BAT and reviewed by Snusforumet – originate from the Commission’s Health and Food Safety Directorate General, commonly referred to as DG SANTE by Brussels insiders.

They include email correspondence sent to and from DG SANTE between August and November 2021 ahead of the 17th meeting of the directorate’s Group of Experts on Tobacco Policy, held on December 2nd, 2021.

Founded in 2014, the group aims to “assist the Commission in the preparation of policy initiatives for incentive measures in the area of tobacco control”. The expert body also facilitates cooperation and consultation among member states regarding legislative proposals under the Tobacco Products Directive.

Among other items discussed at the December 2021 meeting were the results of an “informal” survey sent to member states related to nicotine pouches “in the context of medicinal products legislation”.

The presentation, available to the public along with the minutes of the meeting, reveals the survey elicited responses from only nine member states, with nicotine pouches legally available as consumer products in six.

Two member states regulated pouches with medicinal products legislation, while four were considering regulating pouches under such legislation. Finland, the only one of the survey respondents to be identified publicly, was also the only member state that had specific regulations for nicotine pouches.

“Most Member States have called for a EU level legislation that regulates these products (including banning nicotine pouches),” the presentation states at the conclusion of the survey results presentation – a claim repeated in the minutes of the meeting, which are also available to the public.

However, a review of emails and actual survey results obtained by Snusforumet paints a vastly different picture. What emerges is an image of an agency desperate to manufacture a position from member states despite lukewarm interest in the issue.

DG SANTE even enlisted assistance from the European Medicines Agencies Co-operation of Legal and Legislative Issues (EMACOLEX) to help disseminate the survey.

But emails indicate the deadline for the survey was pushed back repeatedly due to a lack of responses ahead of the original September 15th deadline.

“I am glad that you received more replies, although the number is still quite low. Maybe presentation and discussion will encourage additional member states to share their views on this topic,” a representative from JAZMP, the Slovenian medical products agency and acting chair of EMACOLEX writes to DG SANTE on November 17, 2021, upon learning a total of eight responses had been collected.

Emails also indicate the survey remained open till at least December 8th, a full week after the December 2nd meeting where the results were presented.

“Instead of accepting that member states perhaps didn’t have a position on the issue or weren’t interested in responding, DG SANTE decided it could simply put the words it wanted to hear into the mouths of member states,” says Strömer.

How does DG SANTE define ‘most’?

Furthermore, a review of the actual survey responses – and the countries that submitted them – cast doubt on DG SANTE’s claim that “most” member states want EU-level regulation of nicotine pouches, including an outright ban.

The survey consisted of five questions focusing on the presence and current regulation of nicotine products in member states. Two of the questions specifically addressed member states’ views on whether nicotine pouches should be regulated as a medicinal product.

The final question asked member states to provide comments on the possible role of nicotine pouches in national tobacco cessation policies and their “interference” with other nicotine replacement therapies.

In addition to Finland, respondents to the survey include the Czech Republic, Spain, Ireland, Hungary, Latvia, the Netherlands, Portugal, and Slovenia – one-third of EU member states representing roughly a quarter of the total EU population.

Contrary to the impression given by the DG SANTE’s claims, only one member state – the Netherlands – indicated it was in favour of banning nicotine pouches.

“Our government is of the opinion that there is no room for these products in tobacco cessation policy,” the Dutch response reads.

Five of the respondents indicated they were in favour of regulating nicotine pouches at the EU level. Ireland, Slovenia, Hungary, and Latvia saw the EU’s TPD as the most logical way forward, while the Czech Republic and Finland expressed an interest in a common EU-wide approach without specifying any further.

Spain, meanwhile, had no comment on the question of EU-wide regulation, stating that “we understand nicotine pouches will be used for smoking cessation” and thus should be regulated as medicinal products.

Even though five of the nine survey respondents favoured EU-level regulations for nicotine pouches, that’s a long way from claiming that “most” support that position, Strömer points out.

“This is a frightening example of an EU body playing fast and loose with the numbers in order to find support – however tenuous – for their pre-determined position on nicotine pouches,” he explains.

‘Look at science and Sweden’

Strömer emphasizes that manufacturers welcome nicotine pouch regulation, as long as rules are based on available science and take the harm reduction potential of nicotine pouches into account.

“What’s missing from this discussion entirely is a proper look at the science and the public health impact that the availability of smokeless products like snus and nicotine pouches has had in Sweden,” he says.

Following the publication of this article, a spokesperson for DG SANTE responded to Snusforumet’s requests for comment with the following statement:

“The survey referred to in the minutes was a tool to collect feedback from the members of the EMACOLEX group on a topic of interest to the Union and its citizens. Similar exercises have been conducted in the Expert Group on Tobacco Policy meetings (recorded in the previous minutes published on the website, for example please see: Summary Record – 13th Meeting (21 March 2019)). The main objective of these exercises was to better understand the regulatory approaches of the different Member States to nicotine pouches, while raising awareness for the presence of these products in the EU market and potential regulatory gaps. All replies were collected on a voluntary basis and regarded as adding progressive clarity to the topic. More so, the replies focused on information of individual national contexts.

“One of the several findings presented in the meeting of 2 December 2021 was that among the survey respondents most “have called for a legislative initiative at EU level that would regulate these products (including banning nicotine pouches)”, which is derived from the replies of Member States to the survey questions. The need for a EU level approach/guidance has also been a recurring finding from the other similar exercises. The published summary record reflects the collective recollection of the discussion on this point approved by all the participants.”