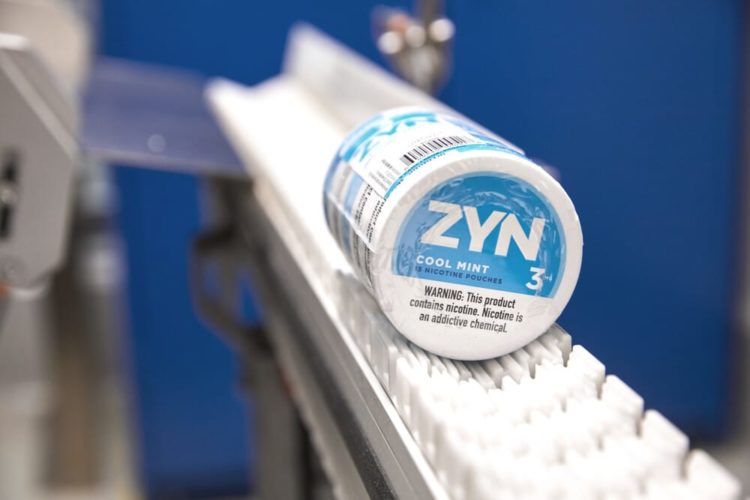 The Swedish government will launch a public inquiry to explore how best to regulate nicotine pouches that are free from tobacco, a move welcomed by the country’s snus manufacturers.

Sweden’s Ministry of Health and Social Affairs announced its decision to launch the inquiry investigation on 7 February 2020. The decision came almost a year after a finding by the National Food Administration left nicotine pouches without formal regulation.

“At that point Sweden’s four major snus manufacturers agreed on a common set of rules governing how tobacco-free nicotine pouches should be regulated,” explains Patrik Strömer, Secretary General of the Association of Swedish Snus Manufacturers.

“The foundation of the agreement includes an 18-year age limit, warning labels, and restrictive marketing practices. We hope these rules can provide guidance and inspiration for the inquiry.”

According to Minister of Health and Social Affairs Lena Hallengren, “there is a lack of clear protective legislation” for certain tobacco-free nicotine products, including nicotine pouches.

“For that reason, we will now review the possibility of regulating this area,” she said in a statement.

Traditional snus has been classified as a food product in Sweden since 1971, with the National Food Administration as the regulating authority.

“Snus has had the same requirements for hygiene and ingredients as chips, mushroom soup, or frozen broccoli,” Strömer explains.

Since tobacco-free nicotine pouches were introduced on the Swedish market in 2016, they have been treated like food by the National Food Administration. However, a year ago, the agency concluded that tobacco-free products, which are used in the same way as snus, do not constitute food according to the European Food Safety Authority (EFSA) definition.

The National Food Administration’s view means that the agency is no longer considered to have supervisory responsibility for tobacco-free nicotine pouches. Several more months passed following the food agency’s ruling before Sweden’s Public Health Agency (Folkhälsomyndigheten) called on the Ministry of Social Affairs to look into how to regulate nicotine pouches.

The industry welcomes regulation, says Patrik Strömer, adding it should come as no surprise that new products require new regulation.

“Innovations can’t always be classified and categorized immediately. When the Segway arrived, it presented a challenge. What kind of vehicle is it? And should it be permitted to drive on the bike path or on the road? Should helmets be compulsory, turn signals, and so on?” he explains.

“There is a similar process right now with e-scooters, and the authorities have sought dialogue with the manufacturers to help develop sensible regulations.”

“Nicotine in high concentration and large amounts can be dangerous. It’s the same with caffeine or alcohol,” says Strömer.

“If you use snus, the amount of nicotine is far from dangerous, but in products where the manufacturer can add a higher dose, it can cause serious consequences. The consumer should always be protected.”

But neither the government nor the public health agency have so far requested a dialogue with the industry, according to Patrik Strömer.

“The Public Health Agency has not asked for our input. The Ministry of Health Social Affairs hasn’t asked us. As a result, there is still no regulation in place in Sweden. Only now has the directive for an inquiry arrived and the inquiry will last more than a year. This is an unbelievably  long time, especially when the industry already has a framework in place,” he says

Those who use snus smoke less

But the Association of Swedish Snus Manufacturers remains positive about the government’s decision to address the question of how tobacco-free nicotine pouches should be regulated. The industry hopes the inquiry will take the principle of harm reduction into account as well as the major public health benefits of smoke-free nicotine products.

“Sweden is already the country in the EU where men have by far the lowest incidence of lung cancer and other smoking-related diseases. At some point, the penny should drop when it comes to Swedish men between 30 and 44 years. Their daily smoking has been below 5 percent for quite some time now, but on the other hand, 22 percent use snus,” said Patrik Strömer.

“In other words, those who use snus smoke less, usually not at all. So technically, snus has helped Sweden achieve the WHO’s goal of ‘a smoke-free society’, but only in the group where snus is used the most,” he says.